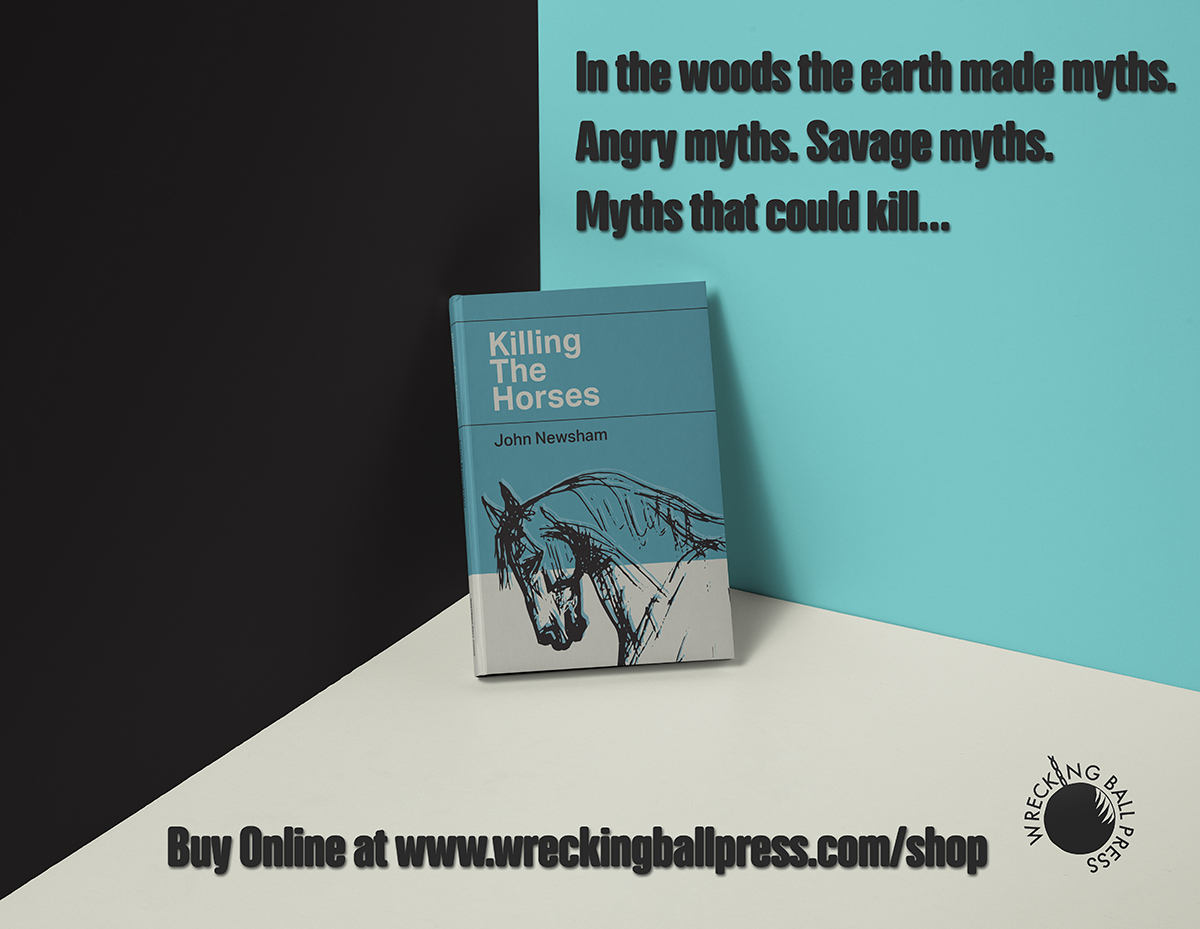 Set on the outskirts of Bradford over the course of a single day, Killing The Horses follows Ryan and Liam, teenagers skiving off school in the woods at the edge of the city. But the woods hold secrets. Dark secrets. And the landscape aches with the violence of all that has been done there.

There is blood on the ground and a sickness in the earth. As the memory of what has happened there climbs back out of the hillside, the boys learn that they are too entangled in the savagery of the land around them to be able to separate themselves from it.

Killing The Horses is rooted in the landscape and dialect of West Yorkshire and fuses realism with the mythical. It brings the macabre and darkly-religious world of the American Southern Gothic to the north of England.

The short story version of Killing The Horses was longlisted in the 2018 Manchester Fiction Prize run by Carol-Ann Duffy.

John Newsham’s other writing credits include fiction publication in the Fortnightly Review, winning a Dorothy Rosenberg Prize for ‘young poets of unusual promise’ from the University of Berkeley, and the Grist first-place prize for poetry describing place, from the University of Huddersfield. He has performed at numerous literary festivals around Yorkshire including the Ted Hughes Festival, the York Takeover Festival, the Leeds Lit Festival and the Bradford Literature Festival. John is also a teacher of A-Level English Literature and Language.