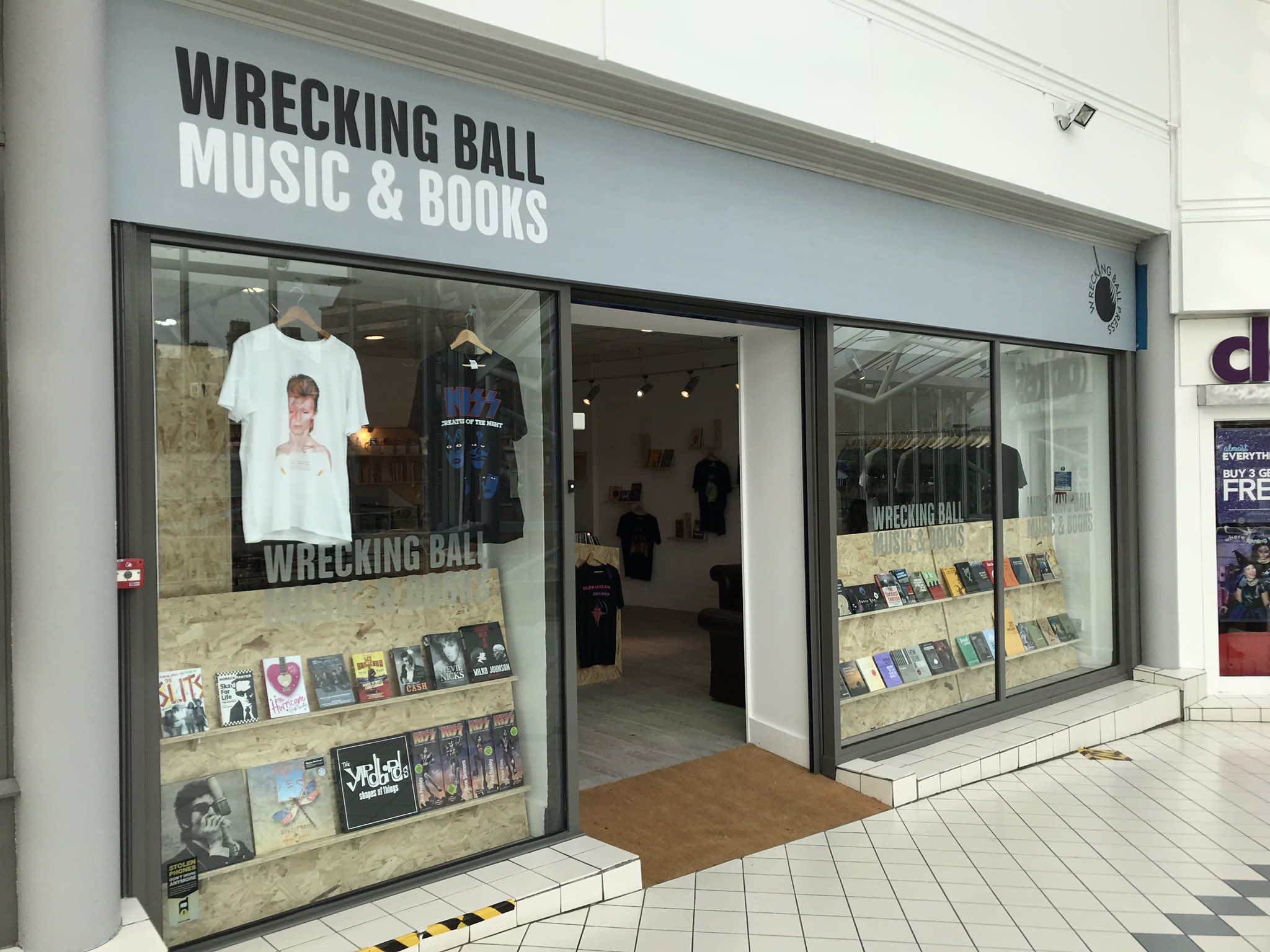 Wrecking Ball Music and Books opened its doors at the end of September 2019 in the East Arcade of Hull’s Princes’ Quay.

The new shop sprang into life selling the entire Wrecking Ball Press catalogue, as well as a range of books from independent publishers, new and used vinyl, merchandise, gifts and gig tickets.

The shop quickly proved to be a success and immediately established itself as a relaxed place to browse, chat and buy music and books.

Seven times snooker World Champion and green baize legend Stephen Hendry dropped by the shop in October when he signed copies of his autobiography Me and the Table. Dozens of other book signings have also taken place in store.