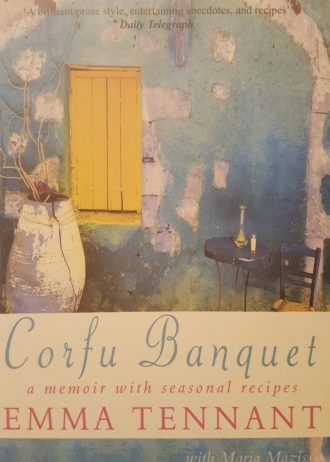 Celebrating the tastes, smells and colours of an island where the cooking is seasonal and the flowers play changes on the theme of year-round spring, this memoir is written in the rhythm of the five seasons of Corfu. It tells the stories of the house of Rovinia, built in the 1960s by Emma Tennant’s parents, of Maria, the spirit of the house and her knowledge and wisdom, and entwines recipes and original photographs with fond recollections in prose.