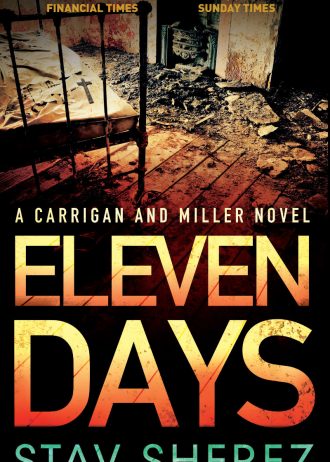 A fire rages through a sleepy West London square, engulfing a small convent hidden away among the residential houses. When DI Jack Carrigan and DS Geneva Miller arrive at the scene they discover eleven bodies, yet there were only supposed to be ten nuns in residence.

It’s eleven days before Christmas, and despite their superiors wanting the case solved before the holidays, Carrigan and Miller start to suspect that the nuns were not who they were made out to be. Why did they make no move to escape the fire? Who is the eleventh victim, whose body was found separate to the others? And where is the convent’s priest, the one man who can answer their questions?

Fighting both internal politics and the church hierarchy, Carrigan and Miller unravel the threads of a case which reaches back to the early 1970s, and the upsurge of radical Liberation Theology in South America – with echoes of the Shining Path, and contemporary battles over oil, land and welfare. Meanwhile, closer to home, there’s a new threat in the air, one the police are entirely unprepared for…

Spanning four decades and two continents, Eleven Days finds Carrigan and Miller up against time as they face a new kind of criminal future. 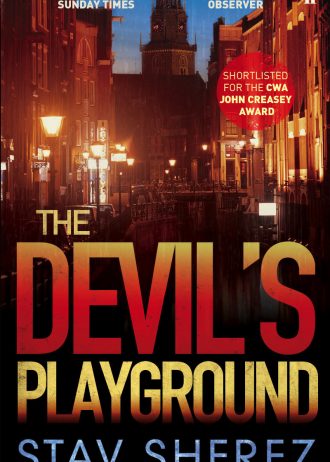 In his debut novel, Stav Sherez – author of the best-selling Carrigan & Miller detective series – explores a history of terror and mass murder rooted in Europe’s murky past.

In a forgotten corner of a rain-lashed park in Amsterdam, the body of a tramp is found. The scarring on his body suggests he may be the latest victim of a serial killer terrorizing the city, but the police can find no name, only the telephone number of a young Englishman.

Jon Reed is summoned from London to identify the body of the man he once knew as Jake Colby. With a killer on the loose, he and the detective in charge of the case are determined to help uncover the truth of what happened, no matter where that may lead them.