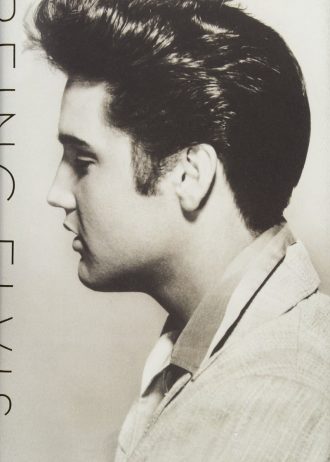 Being Elvis: A Lonely Life

Elvis Presley is a giant figure in American popular culture, a man whose talent and fame were matched only by his later excesses and tragic end. A godlike entity in the history of rock and roll, this twentieth-century icon with a dazzling voice blended gospel and traditionally black rhythm and blues with country to create a completely new kind of music and new way of expressing male sexuality, which simply blew the doors off a staid and repressed 1950s America.

In Being Elvis veteran rock journalist Ray Connolly takes a fresh look at the career of the world’s most loved singer, placing him, forty years after his death, not exhaustively in the garish neon lights of Las Vegas but back in his mid-twentieth-century, distinctly southern world. For new and seasoned fans alike, Connolly, who interviewed Elvis in 1969, re-creates a man who sprang from poverty in Tupelo, Mississippi, to unprecedented overnight fame, eclipsing Frank Sinatra and then inspiring the Beatles along the way.

Intimate and unsparing, Being Elvis explores the extravagance and irrationality inherent in the Elvis mythology, ultimately offering a thoughtful celebration of an immortal life.