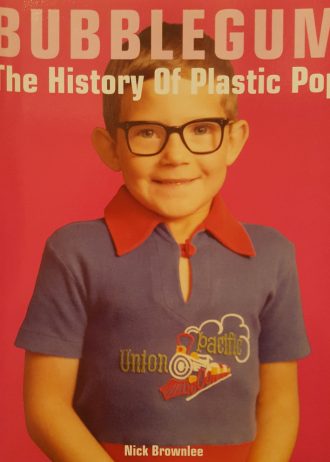 Bubblegum: The History of Plastic Pop

Has the global phenomenon that is Pop Idol completely ruined pop music, or is it just the natural revolution of a genre of music that has always been manufactured? From Tin Pan Alley via The Monkees and finally to boy bands, this is the complete history of the most successful genre of music ever. Manufactured acts have been the money-spinning mainstay of the pop industry for decades. Bubblegum: The History of Plastic Pop takes a decade-by-decade look at some of the music industry’s more cynical creations from the 1950s to the 21st century, encompassing acts such as The Monkees, The Bay City Rollers and The Spice Girls, as well as the phenomenon that is Pop Idol and its siblings.

This revealing study includes interviews with the movers and shakers of the pop world and the artistic armies behind their successes, including Chinn and Chapman, Stock, Aitken and Waterman, Simon Fuller, Paula Abdul and Cathy Dennis. The result is a comprehensive look back at some of the fly-by-nights of pop and a DIY guide to becoming a pop star, listing the dos and don’ts of making it in the pop music industry.