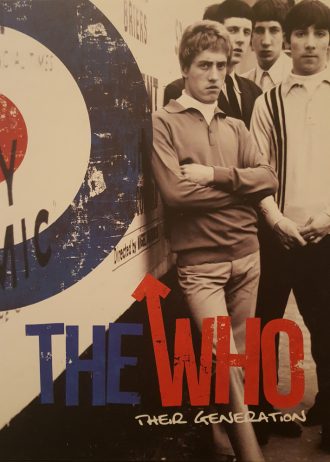 The Who: Their Generation

The Who defined a generation and rocked the world. My Generation, Pinball Wizard, and Baba O’Riley are some of the most well known tracks in rock history. The rock opera Tommy, the genre-defining Live at Leeds, and the classic Quadrophenia are just some of The Who’s albums. The band’s original lineup had an amazing 15-year span, as they toured their way around the globe, performing live and recording until the death of drummer Keith Moon in 1978. Then John Entwhistle died in 2002, but the remaining founding members Roger Daltrey and Pete Townshend continue to tour. Their Generation takes you on the journey with the band as they conquered the world: from small London clubs to Madison Square Garden, from seven-inch vinyl releases to multi-million-selling albums, all the way to recognition as global rock gods.

The stories behind the music with an album by album analysis and accompanied by images from many of the most well known contemporary rock photographers gives a unique insight into one of the most influential groups in the history of rock music.