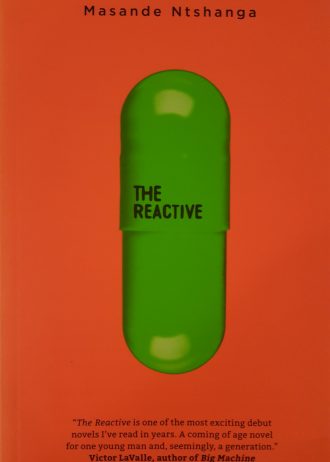 In a city that has lost its shimmer, Lindanathi and his two friends Ruan and Cecelia sell illegal pharmaceuticals while chasing their next high. Lindanathi, deeply troubled by his hand in his brother’s death, has turned his back on his family, until a message from home reminds him of a promise he made years before. When a puzzling masked man enters their lives, Lindanathi is faced with a decision: continue his life in Cape Town, or return to his family and to all he has left behind.

Rendered in lyrical, bright prose and set in a not-so-new South Africa, The Reactive is a poignant, life-affirming story about secrets, memories and the redemption that comes from facing what haunts us most.