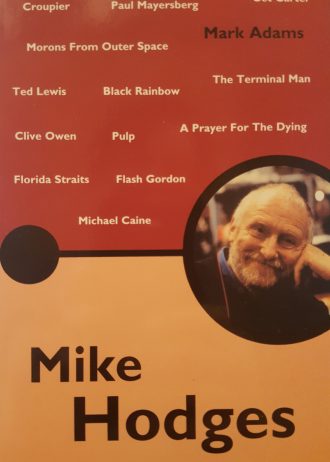 Who is Mike Hodges? One of the great maverick British film-makers. A director who is uncompromising and willing to fight his corner, he has made films over the last three decades that mark him out as a rare and unusual talent.

He is a difficult film-maker to define. His work includes crime drama (Get Carter, Croupier and Pulp), science-fiction (Flash Gordon and The Terminal Man) and even comedy (Morons from Outer Space), but he has also made watchable oddities such as A Prayer for the Dying (Mickey Rourke courting controversy as an IRA killer seeking redemption) and Black Rainbow (a surreal fantasy drama little seen, but much acclaimed).

He started his career in television in the 1960s, but hit the big screen with the violent crime drama Get Carter, a film that has now achieved cult status (recently voted the best British film ever in Hotdog magazine) and continues to be the benchmark any British crime film sets itself against. Though hardly prolific- just eight feature films in 30 years – Mike Hodges makes fascinating movies that just won’t go away. What is in it? As well as an introductory essay, each of Hodges film and television work is reviewed and analysed. There is also an article looking at the impact and continuing influence of Get Carter and a section listing any other information about Hodges and his films.