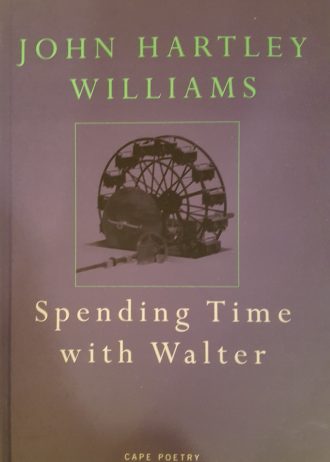 The long poem at the centre of John Hartley Williams’ new collection is a dramatic monologue narrated by a laconic, possibly lamed, forest dweller, a lowly crewmember on a barge travelling an unnamed waterway. Some of his remarks are addressed to his talisman, the shrunken head of an African tribesman. The barge carries a sinister cargo and its captain has a preference for sadistic sex. Other poems in the book undertake joumeys – to Northern Cyprus, China medieval France, Florida – but like ‘The Barge’ they’re not exactly travel poems, more poems which travel. Welcome to the unsettling world of John Hartley Williams, whose restless, inexhaustible imagination, originality and maverick humour have enlivened contemporary poetry for years. Paranoid, erotic, disturbed and disturbing, these are bulletins from a dislocated, parallel world that excites, entertains and terrifies – and often feels more real to us than our own.