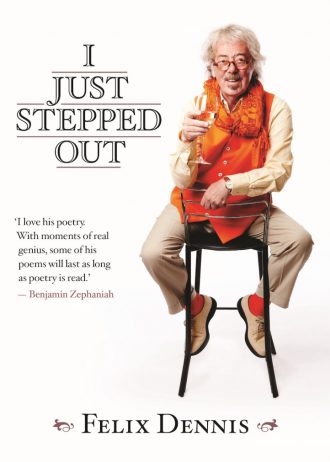 I Just Stepped Out

In October 2013 Felix Dennis was told he had terminal cancer. He was in the midst of a 30-day poetry reading tour, and characteristically he chose to continue, performing to sell-out audiences with his legendary verve and enthusiasm. He also began compiling this, his tenth, book of verse. Divided into two parts: the first, ‘Premonitions’, is a selection of poems written over the years when, in Dennis’s words, ‘the heart knew what the mind dared not perceive’. Having always lived on the edge, he intuited an early death. The second part, ‘A Verse Diary’, consists of poems slected by Dennis from the many he wrote between the date of his terminal diagnosis and his death. Poems which, he felt, were possibly the best he had ever written. Topped and tailed with the Author’s Notes, this book takes readers on a physical, emotional and psychological journey. Sadly, Felix Dennis did not live to see its publication.