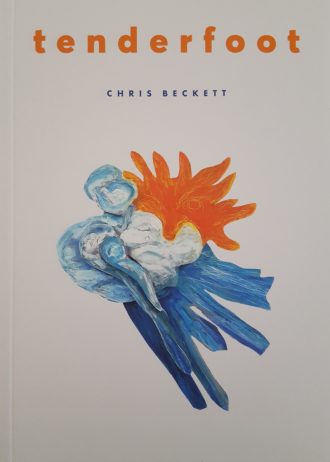 A Tenderfoot is a novice, unaccustomed to hardship. Here, he is a white boy growing up in 1960s Ethiopia, a place he loves even as he learns his own privilege and foreignness. He hears rumours of a famine in the mountains and imagines a boy his own age living through it, surviving on angry couplets. Years after, he sees this famine-boy grown up and questions him.

A sequel to Ethiopia Boy, Beckett’s first Carcanet book, Tenderfoot sounds with praise-shouts for Asfaw the cook, for the boys living as minibus conductors or chewing-gum sellers, even for Tenderfoot’s own stomach that hangs ‘like a leopard in a thorn acacia tree’. Featuring storms and droughts, hunger and desire, donkeys who quote Samuel Johnson and a red bicycle that invites you on a poem tour of Addis Ababa, Tenderfoot takes in what is happening around but also inside the boy’s mind and body – a human transformation.