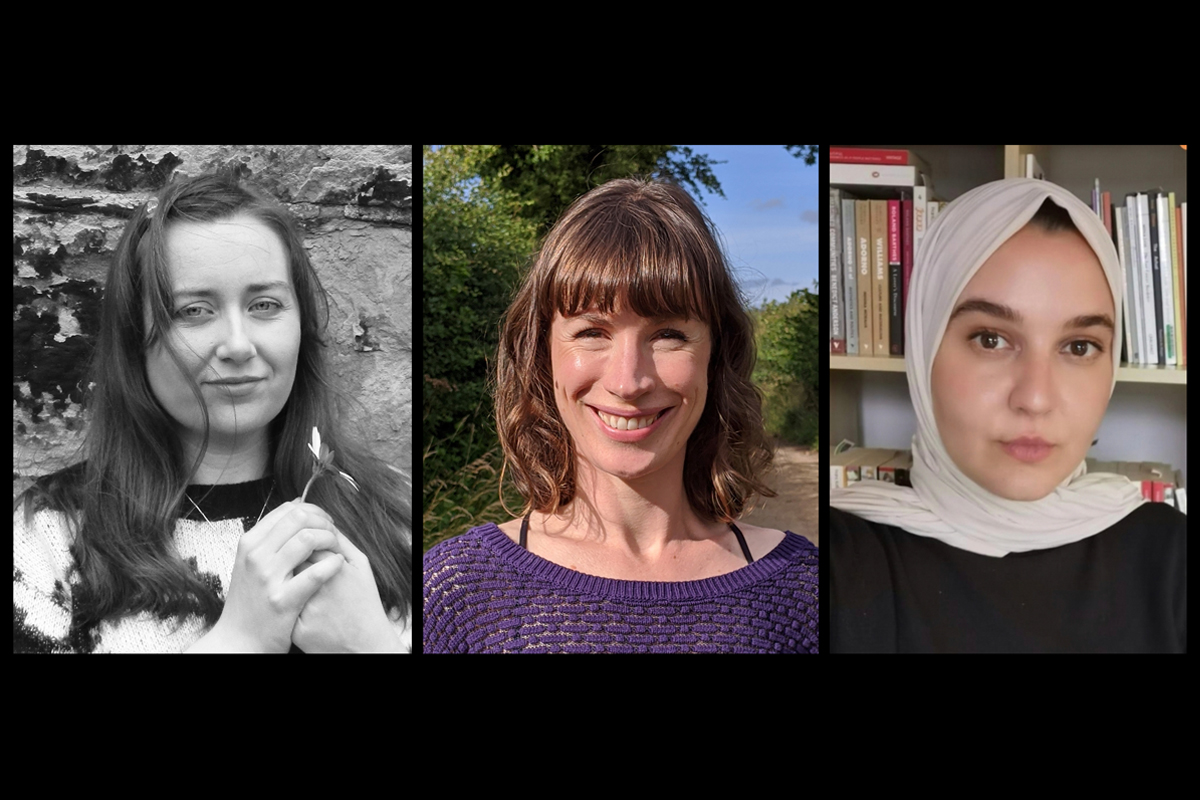 An Evening of Carcanet Poetry

Join us at the Wrecking Ball Arts Centre for an evening of poetry from Carcanet Press published poets.

Katherine Horrex, Charlotte Eichler and Maryam Hessavi will all read their work at this event.

Charlotte Eichler is a poet based in West Yorkshire.  Her work has recently appeared in Carcanet’s New Poetries VIII anthology, and magazines including PN Review, Stand and The Island Review.  In 2020 she won the Barjeel Poetry prize.  Her debut pamphlet, ‘Their Lunar Language’, came out with Valley Press in 2018.

Maryam Hessavi is a freelance writer, poet and critic.  She currently works as the Assistant Reviews Editor for The Poetry School and Contributing Editor for Ambit.  Her work has featured in various publications and was recently selected for Carcanet’s New Poetries VIII anthology.  She is also a member of the Ledbury Poetry Critics.

Katherine Horrex grew up in Hull. Her first poetry collection Growlery was published by Carcanet in 2020 and has so far received acclaim in the Guardian, Forward Prizes, Sabotage and Morning Star.  It is a collection which dwells on a world of civic tensions, in the twilit zone between city and country. Most recently, it was a finalist in the Seamus Heaney Centre First Collection Poetry Prize.  Katherine works as a tutor in a secondary school in Salford.

Carcanet Press is one of the outstanding independent literary publishers of our time. Now in its fifth decade, Carcanet publishes the most comprehensive and diverse list available of modern and classic poetry in English and in translation, as well as a range of inventive fiction, Lives and Letters and literary criticism.