This great collection features all 194 songs written and sung by The Beatles, specially transcribed here for strumming guitarists, from the actual recordings, in the original keys. Each song includes chord symbols, guitar chord boxes and complete lyrics. Also features a helpful playing guide and a full discography. 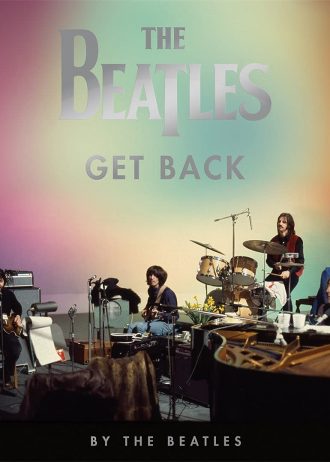 Buy via Wrecking Ball at Bookshop.org
Add to wishlist
Compare

The Beatles – Get Back

The book opens in January 1969, the beginning of The Beatles’ last year as a band. The Beatles (The White Album) is at number one in the charts and the foursome gather in London for a new project. Over 21 days, first at Twickenham Film Studios and then at their own brand-new Apple Studios, with cameras and tape recorders documenting every day’s work and conversations, the band rehearse a huge number of songs, culminating in their final concert, which famously takes place on the rooftop of their own office building, bringing central London to a halt.

The Beatles: Get Back tells the story of those sessions through transcripts of the band’s candid conversations. Drawing on over 120 hours of sound recordings, leading music writer John Harris edits the richly captivating text to give us a fly-on-the-wall experience of being there in the studios. These sessions come vividly to life through hundreds of unpublished, extraordinary images by two photographers who had special access to their sessions-Ethan A. Russell and Linda Eastman (who married Paul McCartney two months later). Also included are many unseen high-resolution film-frames, selected from the 55 hours of restored footage from which Peter Jackson’s documentary is also drawn.

Legend has it that these sessions were a grim time for a band falling apart. However, as acclaimed novelist Hanif Kureishi writes in his introduction, “In fact this was a productive time for them, when they created some of their best work. And it is here that we have the privilege of witnessing their early drafts, the mistakes, the drift and digressions, the boredom, the excitement, joyous jamming and sudden breakthroughs that led to the work we now know and admire.” Half a century after their final performance, this book completes the story of the creative genius, timeless music, and inspiring legacy of The Beatles.

“It would be fair to say that today Let It Be symbolizes the breaking-up of The Beatles. That’s the mythology, the truth is somewhat different. The real story of Let It Be has been locked in the vaults of Apple Corps for the last 50 years.” – Peter Jackson

Buy via Wrecking Ball at Bookshop.org
Add to wishlist
Compare 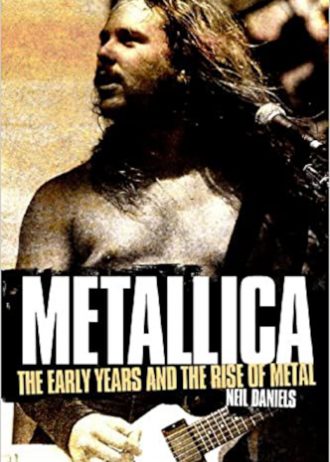 Metallica: The Early Years & The Rise of Metal

This book shows the birth and rise of the monster known as Metallica and will link the band and the American metal scene with the famed New Wave of British Heavy Metal movement in the UK and metal originators such as Black Sabbath and Judas Priest.

Metallica’s early success was built on strong live performances and fierce thrash metal riffs. With the remarkable passion and drive of drummer/founder Lars Ulrich, Metallica became the biggest American metal band in the world and the legacy of those first four albums lives on to this day. This book tells the story of how that remarkable global triumph started, with interviews with people who were there, saw those early gigs and numerous other eye-witnesses to the incredible story.

This is the first book to explore the early years of Metallica, containing exclusive and original interviews with key players and the journalists that brought Metallica to the UK. Plus, in-depth insights into Metallica’s groundbreaking first four albums and an exploration of the San Fran Bay Area thrash scene of the 1980s 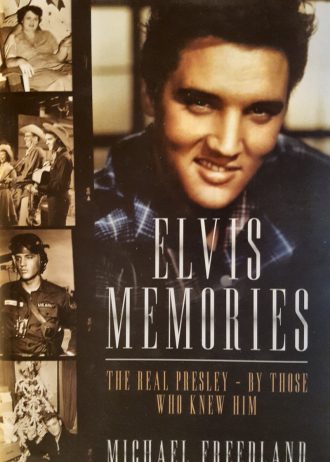 The man, the music, the mythology – everyone knows Elvis, right? From the swinging hips and tempestuous love life to the peanut butter and banana sandwiches. But how do the iconic snapshots and the snippets of rumour match up with the truth about the man behind the legend? Michael Freedland’s Elvis Memories sets out to answer precisely that question – and succeeds in grand style, giving us a rare and privileged glimpse into the intimate recollections of the people who really knew him. On a journey that spans the United States, Freedland introduces us to Presley’s friends, family and followers, taking in the kids who competed against him in childhood talent shows, the members of the ‘Memphis Mafia’ who went everywhere with him and the maid who prepared those infamous sandwiches and watched him line up the girls he wanted to take to his bed. Thirty-five years after the death of the man we still call ‘The King’, Elvis Memories offers a unique chance to see the real Elvis Presley through the eyes of those who shared his life. 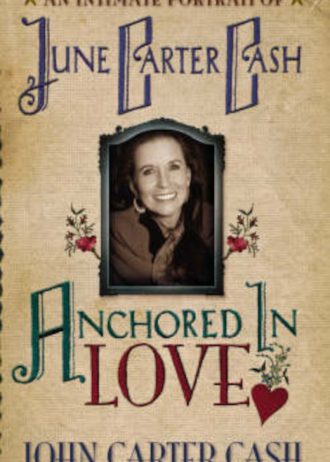 ‘Anchored in Love’ is an inside look into the life of June Carter Cash, through the eyes of her only child with Johnny Cash – John Carter Cash. With skillful prose, he reveals new information about the legendary woman through his tender memories and heartwarming stories. 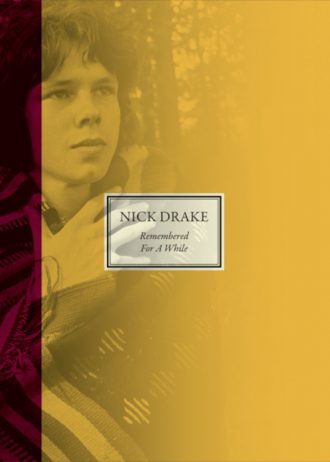 Nick Drake: Remembered for a While

‘Probably the most ambitious, generous and thorough volume about a musician to see publication’ Mouth Magazine

The authorised companion to the music of Nick Drake, compiled, composed and edited by Cally Callomon and Gabrielle Drake, with contributions from Nick’s friends, critics, adherents, family and from Nick Drake himself.

Remembered For A While is not a biography. It is, rather, an attempt to cast a few shards of light on Nick Drake the poet, the musician, the singer, the friend, son and brother, who was also more than all of these. We hope it will accompany all those in search of an elusive artist, whose haunting presence defies analysis.