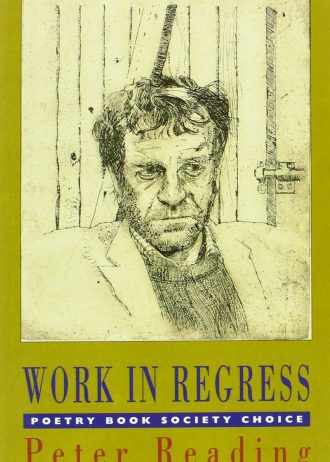 After inventing his own demise in Last Poems, Peter Reading unwinds with thoughts of death, dying, gluttony and community care. Work in Regress, Reading’s ﬁrst new collection since his two-volume Collected Poems, shows the controversial ‘Laureate of Grot’ in true, contrary style, turning against the idea of poetry being worth anything in the modern world at the same time as he creates angry, heartbreaking, grimly ironic poetry out of blackness and despair.

Work in Regress was shortlisted for the T.S. Eliot Prize 1997. Alan Brownjohn said of Last Poems: ‘On the evidence of this collection, nothing Reading is likely to do with this or any other project in his later years will prove mellow, or comforting, or boring’ (Sunday Times). Prophetic words. Yet in the end, despite Reading’s denials, could the fact of these new poems – written against the grain, against the odds – offer some hope against hopelessness?