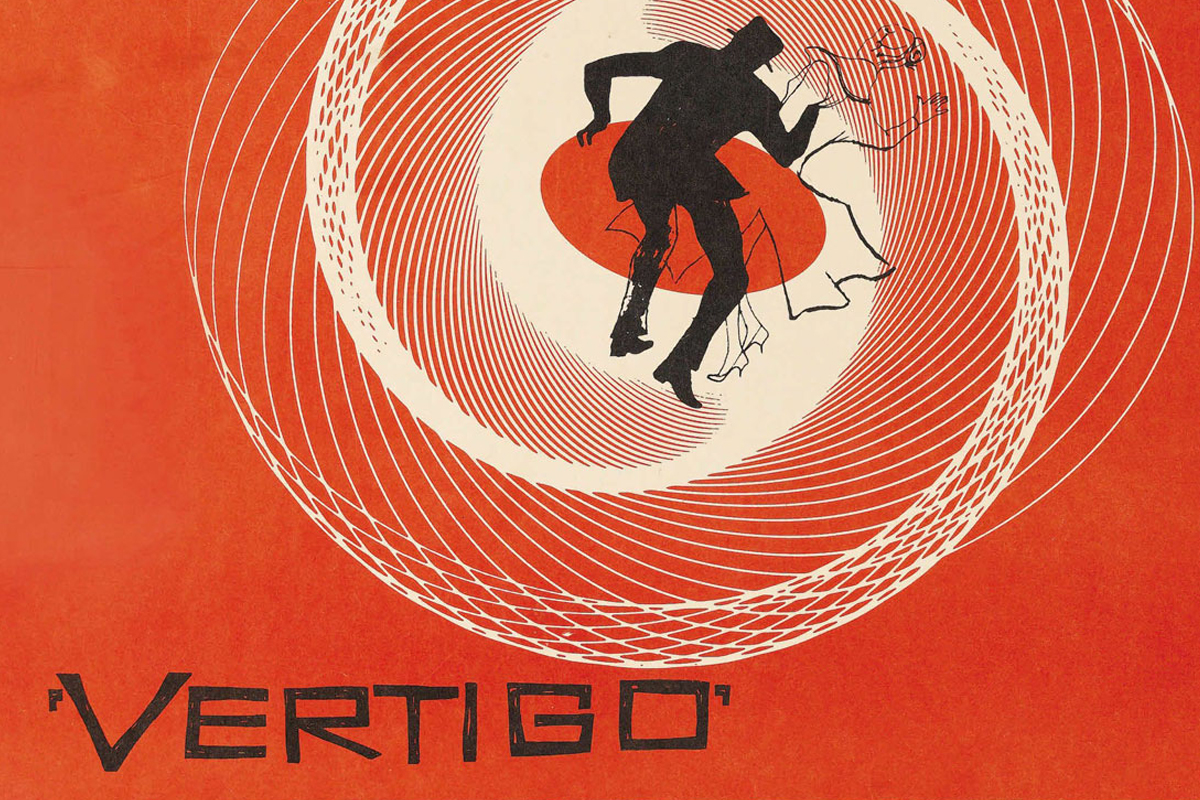 James Stewart stars as former police detective John “Scottie” Ferguson. Scottie is forced into early retirement because an incident in the line of duty has caused him to develop acrophobia (an extreme fear of heights) and vertigo (a false sense of rotational movement). Scottie is hired by an acquaintance, Gavin Elster, as a private investigator to follow Gavin’s wife Madeleine (Kim Novak), who is behaving strangely.