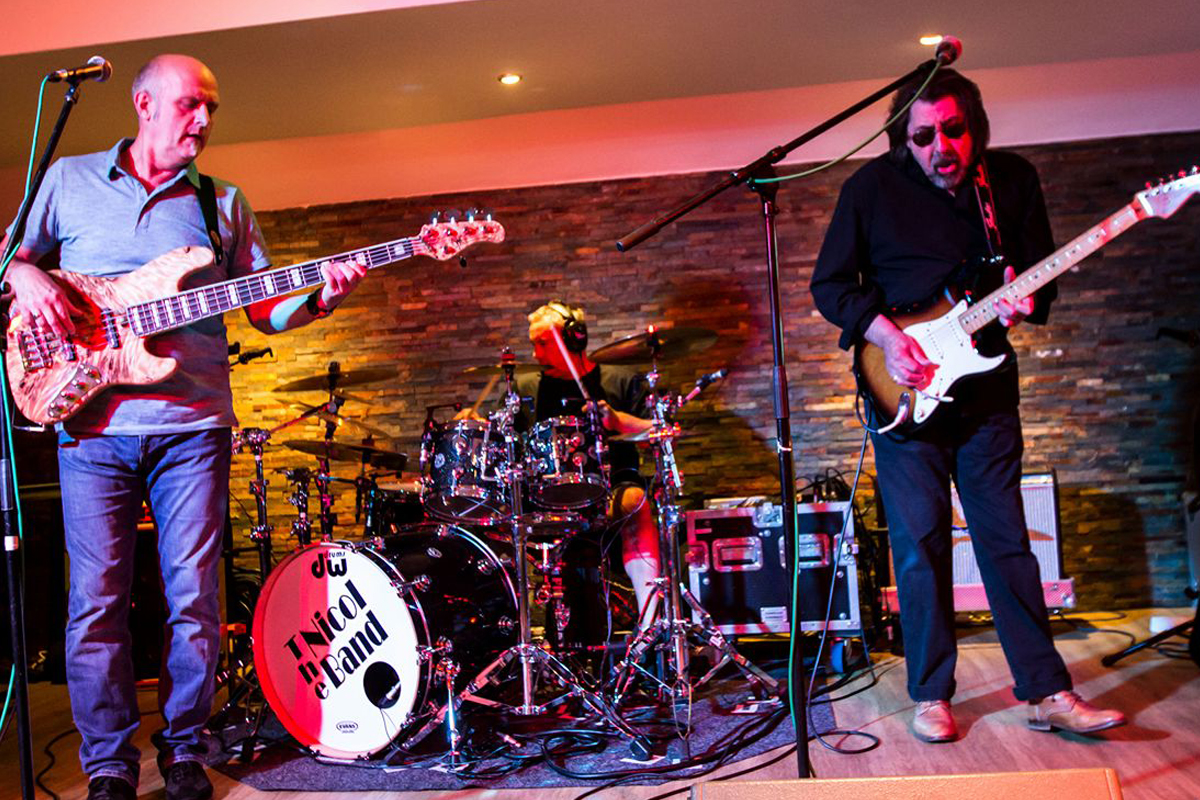 The Nicol Band was formed to play the kind of music that they love playing, from blues to rock and beyond. Les Nicol’s influences are mostly from the 60s, when he learned to play guitar with one ear to the record player. It was a great time for learning, and he was very lucky to have heroes such as Eric Clapton, Jimmie Hendrix and Jeff Beck. With all of those years behind him, there is now a vast treasure in the locker room.