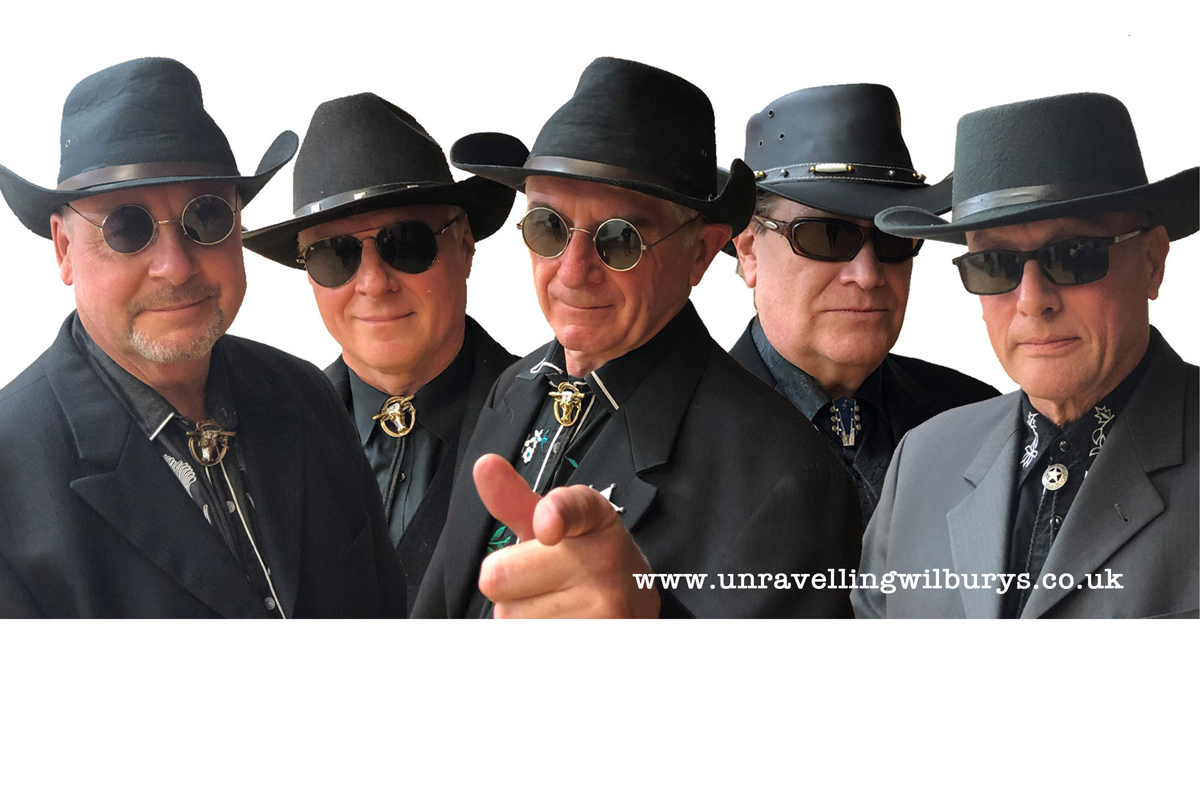 This top tribute show is more than just a tribute – they are the complete package! Their great combination of brilliant musicianship and tongue in cheek humour has had rave reviews throughout the UK. Playing the country-rock songs of the Traveling Wilburys, the band also steal some choice numbers from its five iconic members; Roy Orbison, Tom Petty, George Harrison, Bob Dylan and Jeff Lynne.

The fabulous UNRAVELLING WILBURYS are made up of Sticky Willy, Walter, Thumper, Blind Melon and Honky Tonk Wilbury, the “real” Wilbury brothers, who present their own unique slant on what it means to be a tribute band. The show tells the story of the fateful night in Nashville’s Tootsies Bar in 1987, when their songs were (allegedly) stolen by Messrs Orbison & Co. and the hard road they had to tread to get ‘em back.

With a set list comprising of songs including ‘Handle With Care’, ‘Tweeter And The Monkey Man’, ‘The Devil’s Been Busy’, ‘Pretty Woman’, ‘While My Guitar Gently Weeps’, ‘Mr Blue Sky’, ‘Mr Tambourine Man’ and ‘American Girl’, this is a show not to be missed!