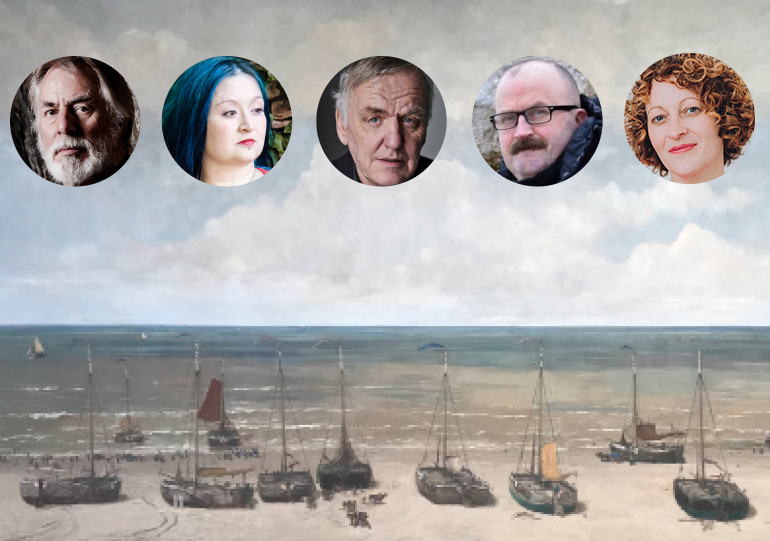 Born in 1946, the son of a fishworker, Rutter grew up in a two-up two-down on the Hessle Road, the fish dock area of Hull.  His acting career began colourfully, invited by an English teacher into the school play because he “had the gob for it”. He has appeared in many films and television programmes and his career in theatre has taken him from the RSC and the National Theatre, where he first worked closely with Tony Harrison and discovered a passion for performing in the Northern voice, to establishing his ground breaking theatre company, Northern Broadsides.

If there is one musician who embodies the dynamism and vitality of the current English folk revival, it’s Eliza Carthy. Beloved of staunch traditionalists and iconoclasts alike, Eliza’s music effortlessly crosses boundaries of genre and style. Whether performing a centuries-old ballad or a self-written song, her powerful, nuanced voice, fiercely beautiful fiddle playing and mesmerising live performances have influenced a whole generation of young musicians. Describing herself simply as a “modern English musician”, Eliza Carthy is one of the most recognisable faces in British folk. Born into a formidable musical dynasty, her mother Norma was one of The Watersons and her father Martin Carthy is a hugely influential singer and guitarist.

Dean Wilson is Hull’s fourth best and Withernsea’s second best poet, a daily collector of pebbles and an enigma wrapped in rhyme. His poetry collections Take Me Up The Lighthouse, WITH and Sometimes I’m So Happy I’m Not Safe On The Streets are published by Wrecking Ball Press.

Rachel is a writer, actor and character comedian from Hull. Theatre credits include ‘Absolute Hell’ at the National Theatre & ‘The Hypocrite’ for the RSC/Hull Truck. Also for Truck includes ‘The Gaul’ and ‘Pub Quiz is Life’. She has previously frequented the Wrecking Ball stage in ‘Rembrandt in Hull’ and ‘DeanWorld’. Recent TV includes: Hullraisers; Four Lives; Coronation Street; The A Word and Girlfriends. Her comic characters can be found on her Youtube channel and various other corners of the internet and the occasional pub back room. She is a regular performer and dramaturg for the children’s charity Scene and Heard.