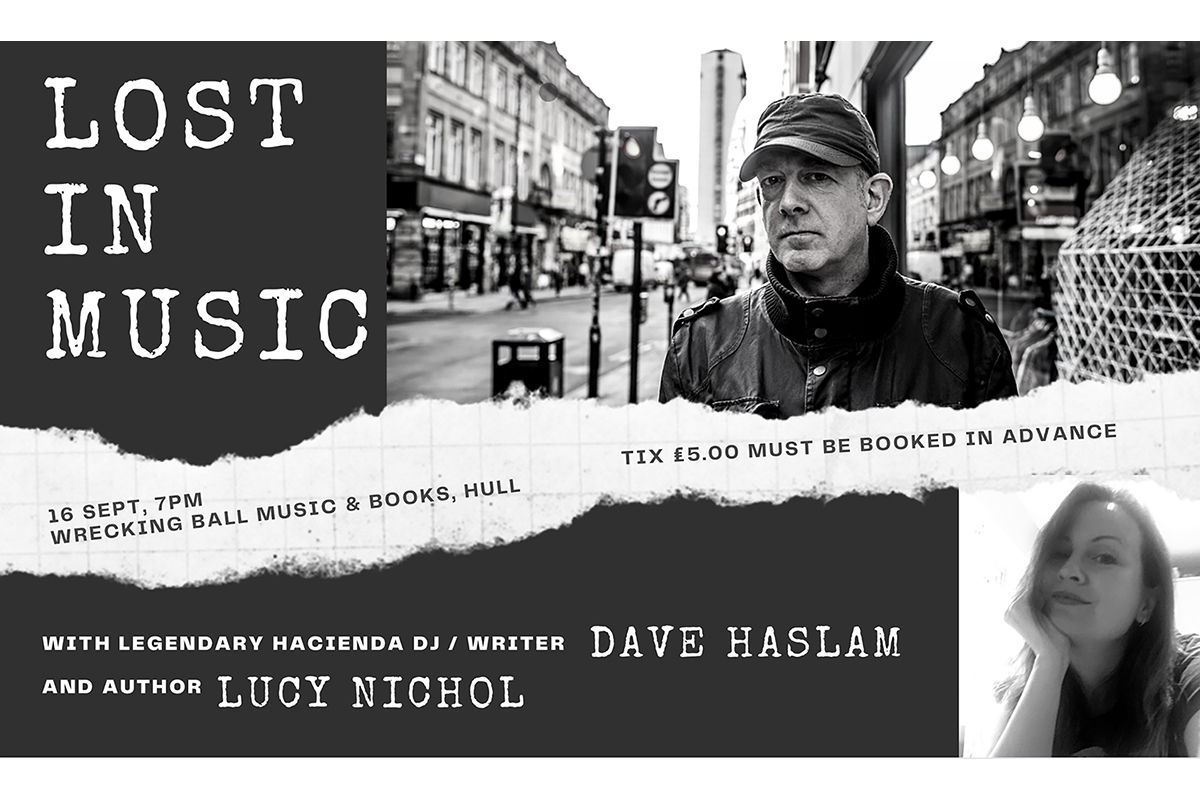 ‘LOST IN MUSIC’ with Dave Haslam and Lucy Nichol

DJ/writer Dave Haslam will be in conversation with author Lucy Nichol to discuss the impact music has on our lives. From clubs and venues to music and writing, there will also be an audience Q&A, exclusive book signing session, followed by a choice selection of music.

Legendary Haçienda DJ Dave Haslam began his first weekly DJing residency at the Haçienda in May 1986 – his final appearance there was the last night the Haçienda was open; June 28th1997. His autobiography ‘Sonic Youth Slept On My Floor‘ was acclaimed by Gilles Peterson as “the best book of 2018”. His latest project is ‘Art Decades‘, a series of small format books about subjects including Sylvia Plath, Courtney Love, and the artist Keith Haring. Part of this series is new book ‘All You Need is Dynamite: Acid, the Angry Brigade, and the End of the Sixties.’ Other books include ‘Manchester, England’ and ‘Adventures on the Wheels of Steel: The Rise of The Superstar DJs.’

Lucy Nichol’s debut novel ‘The Twenty Seven Club‘, which takes readers back to Hull in the early 1990s (including nostalgic reflections on Spiders and the Adelphi), is a darkly comic tale of mental health, music myths, hope, and fandom. It has been described as “One of the essential must-read novels about the 90s, music, and life”.

Drinks will be available at the bar, all night, and a Haslam/Nichol influenced array of tunes will accompany post-event conversation and drinking.