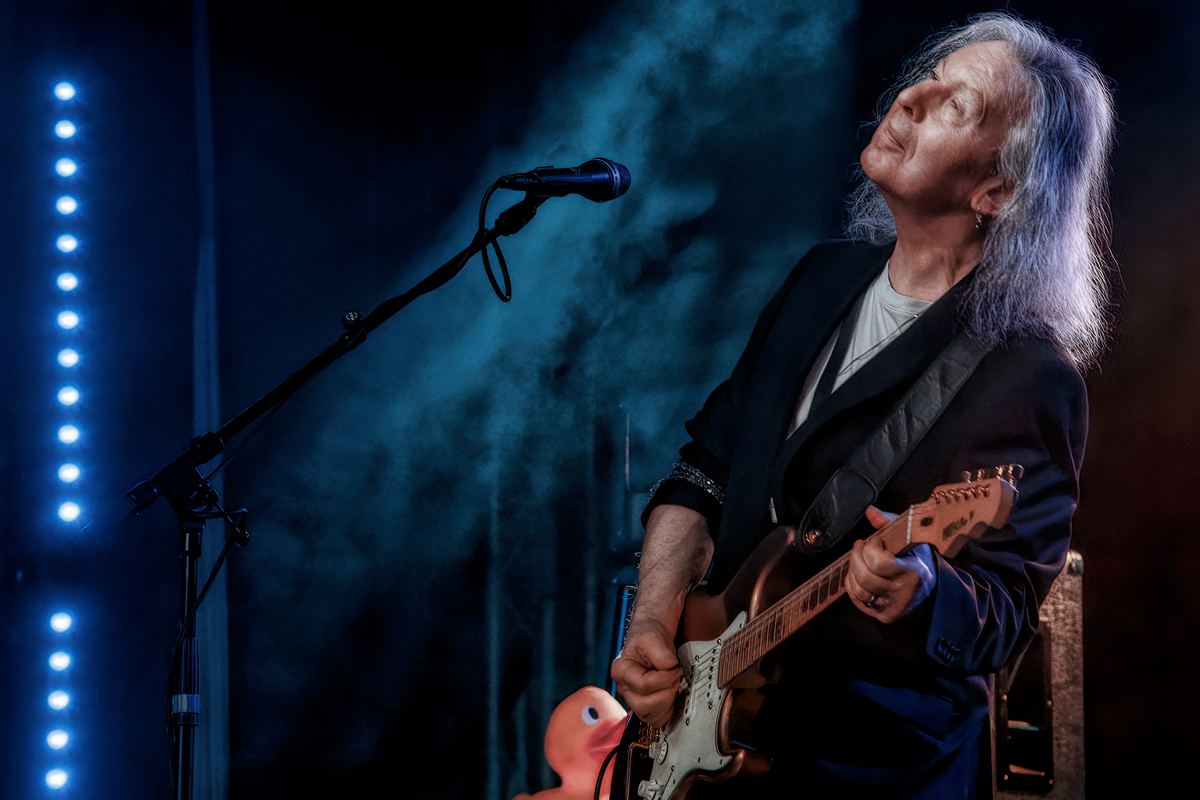 John Verity is currently one of the most consistent performers on the blues/rock circuit. His previous appearances have included opening for Jimi Hendrix, Janis Joplin and many others in the USA before time spent as frontman with Argent.

After Argent came off the road John was in demand for recording and guesting with other musicians including Ringo Starr and The Zombies. However, John missed playing live and once again returned to this some years ago.

At the beginning of 2020 John and the band with Roger Inniss on bass and Liam James Gray on drums, embarked on ‘The JV 50th Anniversary Tour and launched the latest album ‘Passion’. Unfortunately this all came to a halt in March of the same year but now we have re-organised all our previous appearances as the 50th Anniversary Tour re-visited!

Some audience comments from previous John Verity Band appearances:-
‘Probably the best blues voice heard at this weekend’s festival.’
‘This was the performance of the event. John and the band smashed it out of the park!’
‘And it would have always been difficult to follow the triumphant John Verity Band. He still has the mane of rock hair, still finds the high notes and still plays both rock and blues guitar with effortless panache.’