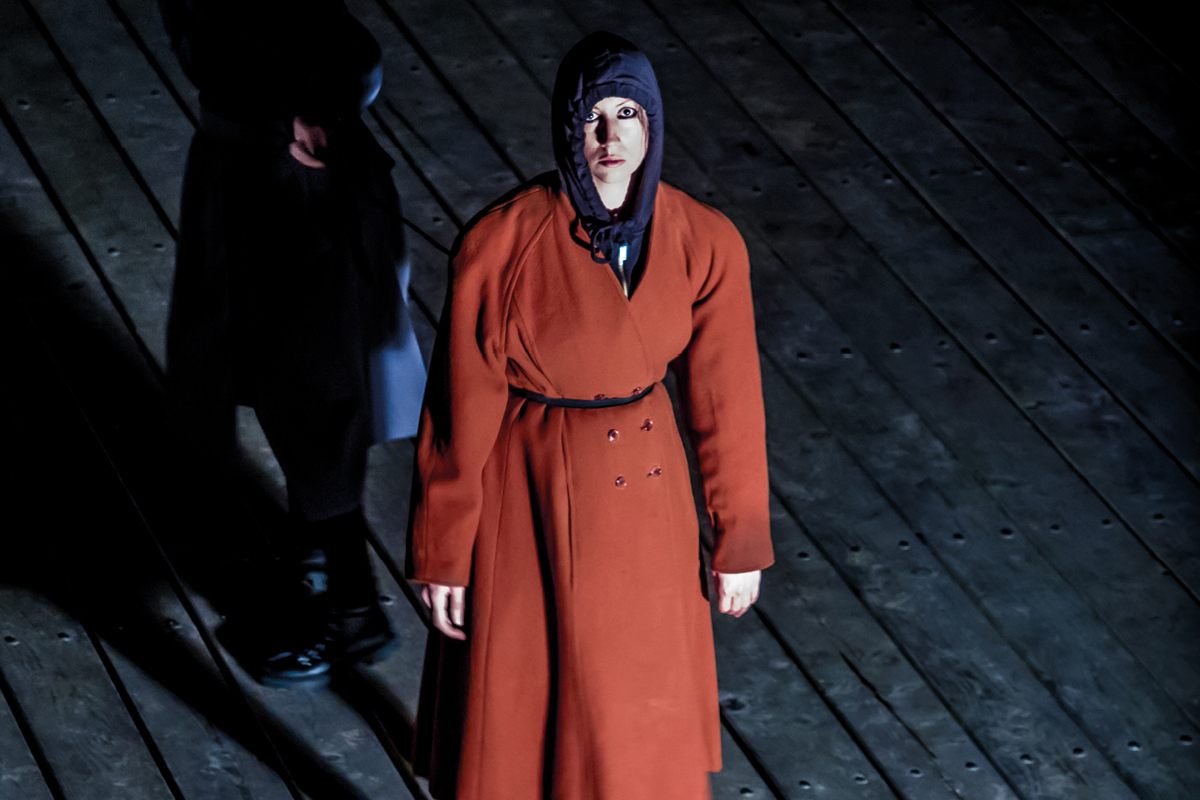 On the night of 21st October 1904, out in the Dogger Bank area of the North Sea, Russian warships mistook a fleet of British fishing trawlers for enemy Japanese warships and opened fire. One of the fishermen killed that night was George Henry Smith, great-grandfather of Gareth Smith, the lyricist & artist behind Vanishing. ‘55°N, 5°E’ reawakens this history.

Performed on the 21st & 22nd October 2017 – the 113th anniversary of the disaster – in the dramatic outdoor amphitheatre of Stage@TheDock, Hull, the audio recordings are now given a full release on the 117th anniversary via the Outer Reaches label and special select screenings of the film made of 55°N, 5°E’ will be taking place around the UK.

Scored for electronics, saxophone, violin and spoken word, three musicians and three dancers shift through five movements in a cycle. The music is part Throbbing Gristle soundscape, part Vaughan Williams folksong, part John Cale drone. Febrile noise and drum machines, resplendent strings and expressive intonations surge and subside, capturing the brutality and havoc of the Dogger Bank incident. Smith communicates a fragmentary narrative; an account of catastrophe and aftermath; of voids carved into a community in which family members and strong presences have been erased.

In mirroring the sounds invoked, the three dancers reflect a fateful passage. Their movements transcend dance; instead representing a mercurial series of subtle instructions sent from an invisible source. Frozen hands weave messages with long pieces of rope. Their shadows flee backwards into the water.