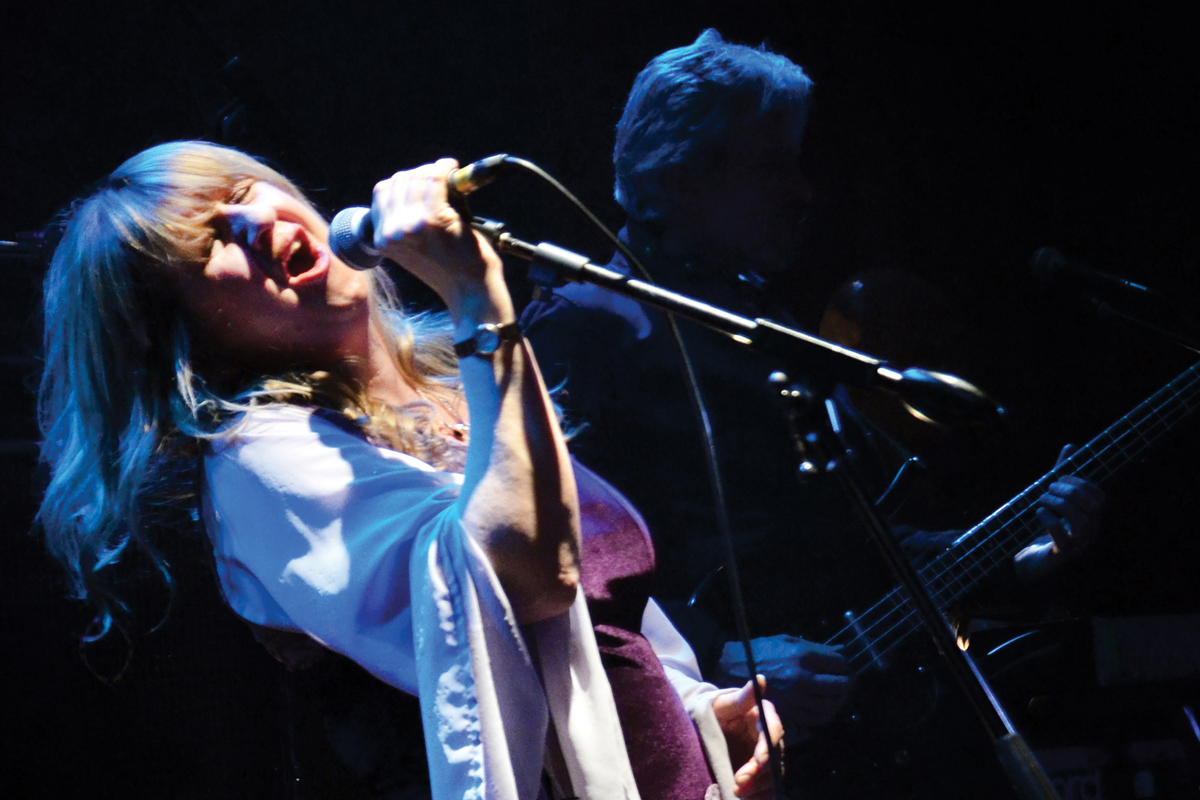 The youngest of three children, Deborah Bonham grew up in a musical family, where all siblings had an amazing introduction to music. Deborah’s Mom and Dad were music lovers, regularly playing the music of Benny Goodman and Glenn Miller. They were also fans of renowned trumpeters Harry James and Louis Armstrong and vocalists Mahalia Jackson, Lena Horne and Frank Sinatra. Deborah’s older brother Michael was a photographer and DJ of Northern Soul and Motown, her eldest brother John was, and still is, considered one of the greatest drummers who ever picked up a pair of sticks. It was Deborah’s two brothers’ love of soul, blues and rock music that sparked her passion for singing from an early age.

Since those early days, Deborah has established herself as one of the finest blues, rock and soul singers the UK has produced. She has released a number of critically acclaimed original albums and her outstanding concert performances at the Royal Albert Hall, London Palladium and the 2018 USA Stars Align Tour with Paul Rodgers and Jeff Beck, all garnered rave reviews.

“Deborah Bonham -The best female vocalist and tightest band we should have been hearing for the last 20 years —An arena- worthy show in a (New York) club!” Carol Miller Q104.3 – Get the Led Out

Belfast born guitarist Peter Bullick, lauded by the press for his passionate playing, paid his dues playing clubs and theatres across the UK and Europe for many years. The constant touring allowed Peter to develop his own style while holding dear guitarist Rory Gallagher and others who were a big influence on his playing. Of all the guitarists that influenced Peter it was Paul Kossoff with whom he connected with the most. It was fate that eventually Peter would meet up with Deborah and form The Deborah Bonham Band. Years later Kossoff’s influence on Peter’s playing made a strong impression on Paul Rodgers, who selected Peter and the rest of The Deborah Bonham Band to back him on both his Free Spirit tour of the UK in 2017 and the 2018 USA Stars Align Tour.

“Guitarist Peter Bullick constantly showed why Paul Rodgers touted him as a replacement for Kossoff should Free ever reform. His bluesy but always economic fills and solos lit up the stage.” – Tight But Loose

It was after the 2018 Stars Align Tour that Deborah and Peter signed with the California based Quarto Valley Records. Deborah and Peter wanted to recognise that this was a joint band venture and changed the name from The Deborah Bonham Band to Bonham-Bullick. The new album, under the new name Bonham-Bullick, showcases more of Deborah’s powerhouse vocals and Peter’s masterful guitar work, with one blistering solo after another. This is a Bonham-Bullick songbook of interpretations of some great obscure soul, blues, rock and gospel songs spanning seven decades. The Bonham-Bullick album takes you on a journey with songs from amongst others, O.V. Wright, Johnnie Taylor, Ann Peebles, Bernard Fowler, Mark Lanegan, Charles Brown and Betty Harris. Throughout the recording process of the album, Deborah and Peter have shown a deep respect for the original songs while reaching deep to make each song an exciting new adventure for the listener. After the album was recorded, it was Deborah’s lifelong friend, Robert Plant, who suggested sending the album to Peter Gabriel’s Real World Studios for renowned engineer Tim Oliver to mix and master. The Bonham-Bullick album will be released on Quarto Valley Records in March 2022.