The Mod Revival of 1978-1981 put life and laughs into an increasingly grim post-punk UK scene. The roots of ‘New Mod’ were in The Jam and their ‘All Mod Cons’ album which inspired a generation of teenagers to embrace the joys of Fred Perrys, Harrington jackets, Vespas and powerful songs with great tunes. Garry Bushell was the first rock writer to cover the scene, reviewing the Purple Hearts, the Jolt, the Chords and Secret Affair in rapid succession. This is his funny, informative and affectionate history of the rise and fall, rebirth and lasting influence of the Mod Revival as it happened. With rare photographs, this brilliant book is a must for enthusiasts. 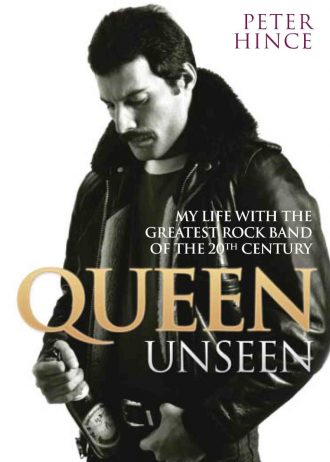 Imagine being alongside one of the greatest bands in the history of rock, touring the world and being there as they perform at some of the best and biggest music venues in the world. Peter Hince didn’t have to imagine: for more than a decade, he lived a life that other people can only dream of as he worked with Queen as head of their road crew. In 1973, Queen was the support act for Mott the Hoople, for whom Peter was a roadie. Back then, Queen had to content themselves with being second on the bill and the world had not yet woken up to the flamboyant talent of Freddie Mercury. Peter started working full time for Queen just as they were making A Night at the Opera, the album which catapulted them to international stardom. In this intimate and affectionate book, Peter recalls the highlights of his years with the band. He was with Freddie when he composed ‘Crazy Little Thing Called Love’; he was responsible for making sure that Freddie’s stage performances went without a hitch – and was often there to witness his famed tantrums! He was also party to the sex, drugs and rock ‘n’ roll which are invariably part of life on the road with a rock band.