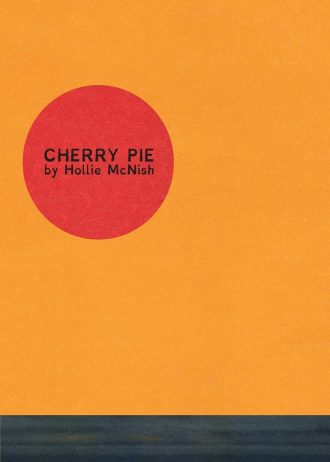 Cherry Pie is a collection by Hollie Poetry, inspired by her grandparents’ advice on newspapers, war, sex and tinned cherries. The poems collected in Cherry Pie hold personal meaning for Hollie as well as being those which are most often requested by audiences in theatres, pubs and at festivals up and down the UK. The book is illustrated by a selection of artists from across the globe. 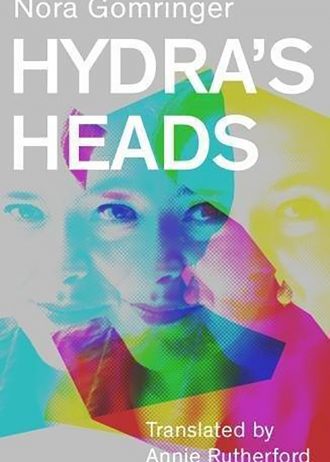 German poet Nora Gomringer is here translated into English for the first time by Scottish poet and editor Annie Rutherford. There is no simple equivalent to Nora Gomringer in the UK but Kate Tempest is perhaps the closest in terms of the way she is experimental wile remaining accessible and in her ability to stride seamlessly from stage to page to film to literature festival. These are poems which defy categorisation – interweaving the best of page and spoken word poetry to create something entirely of her own. They are poems which laugh, howl, stamp their lines. They are candid, wry, compassionate. There are poems about the darker times of Germany’s modern history, reworkings of myths and fairy tales, and a 3-page-long ode to sex against a wall. All brought perfectly into English by Annie Rutherford. 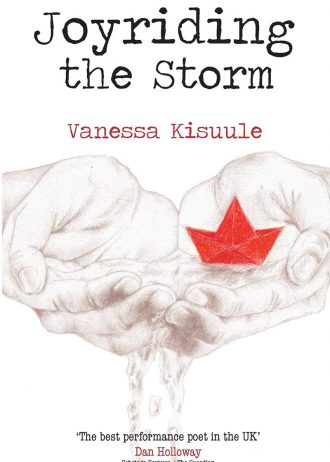 A first collection of the poetry that has made Vanessa Kisuule a much loved performer on the live UK circuit. Vanessa combines warm humour with beautifully measured emotion and a sprinkling of bite. There is a depth and maturity to her work that is remarkable for such a young poet. The most prevalent commendation from voters in the Saboteur Awards was for her uncanny knack of expressing the inexpressible or as one voter put it, she has “the ability to articulate feelings previously considered ineffable; a skill as rare as it is wonderful”. 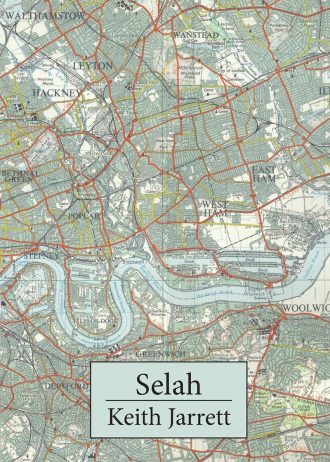 The Hebrew-derived word Selah appears as a musical interlude in the Psalms, often meaning ‘stop and consider’, and is used in other contexts, religious and secular. This collection brings together poems that combine musical intrigue with history and desire, from organ recitals (‘Resonances’ and ‘When the Roll is Called’) to teenage gospel hip-hop (‘Hip-hop Salvation’). Humour and sex punctuate social commentary (‘Gay Poem’ and ‘No Timewasters’) throughout. Above all, Selah asks the reader to stop and consider, pausing at the fault lines in relationships and intimacy (‘Making Light’) and transgression (‘Transfiguration’), asking difficult questions and holding them to the light. 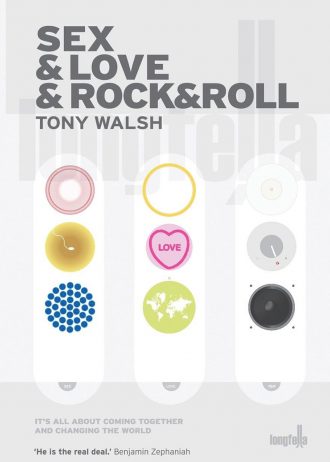 This is Tony Walsh’s eagerly-awaited first collection. He takes us on an extraordinary journey through ordinary lives; flying the flag for the performance poetry scene which packs out venues and festival tents around the UK. These are accessible, musical poems, influenced by the songs which soundtrack our lives, brimming with northern warmth and humour, propelled by passion and compassion as their bassline and their beat. Sex & Love & Rock&Roll is a book to unite and inspire. lt’s all about coming together and changing the world. 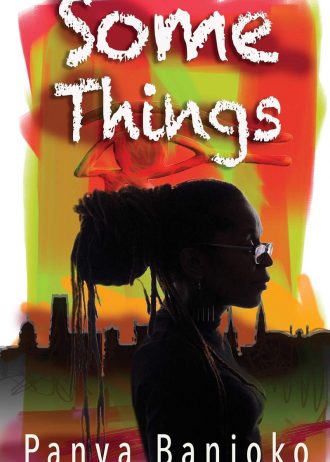 Some Things is a collection of poems shaped by a diverse range of influences, including politics,gender, race, class and the many layers in-between. An adversary of oppression and discrimination worldwide and a critic of the current political landscape, Panya Banjoko’s poems speak candidly about the world we live in, highlighting the many different roles of those who hold power and how they use it,including personal and global relationships. 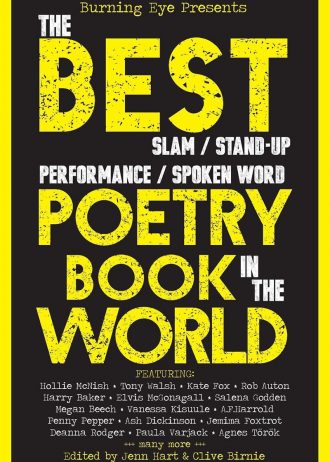 The Best Poetry Book in the World

The Best Poetry Book in the World is a collection of popular poems from published poets from the last five years. Celebrating Burning Eye’s 5th birthday, this anthology brings together all the anthems, the foot stompers, finger clickers, belly laughing crowd-pleasers under one cover. Prepare yourselves. 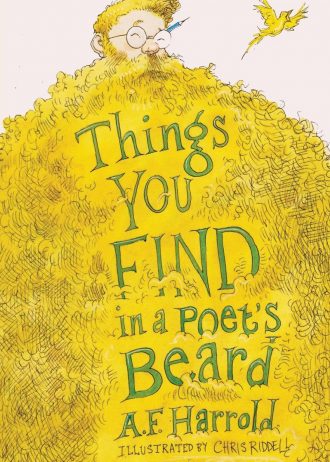 Things You Find in a Poets Beard 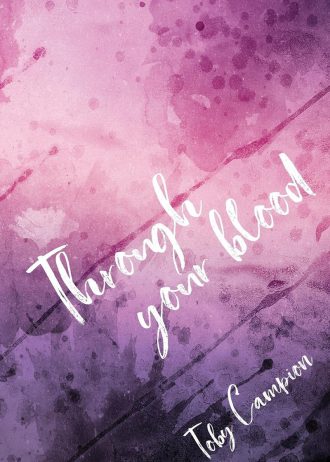 Through your blood talks us along a deeply personal yet undeniably relatable journey, through a turbulent adolescence into adulthood. Refreshingly frank, perceptive and funny, these poems are psalms of identity, broken tradition and desperation sung from the back lanes of a Midlands city. Born and raised in the Midlands, Toby Campion is a UK National Poetry Slam Champion and a World Poetry Slam finalist. Recipient of the Silver Wyvern Award and First Place in the Poetry on the Lake Prizes 2017, awarded by Carol Ann Duffy, Toby has performed his poetry on stages across the UK, from Glastonbury Festival to London’s Royal Albert Hall, and in countries around the world, including America, Italy, Spain, Albania and South Korea. His debut play, WRECK, won the Fifth Word Theatre Award for Most Promising Playwright 2015. Toby’s poetry has been selected to represent the UK at numerous international conferences and events including Capturing Fire: International Queer Poetry Summit, the 18th Biennale of Young Artists from Europe and the Mediterranean, the Paris Poetry World Cup and Next Generation Speaks. Director of UniSlam and Resident Artist at Camden’s prestigious Roundhouse, Toby was one of the first resident poets of the River Thames. 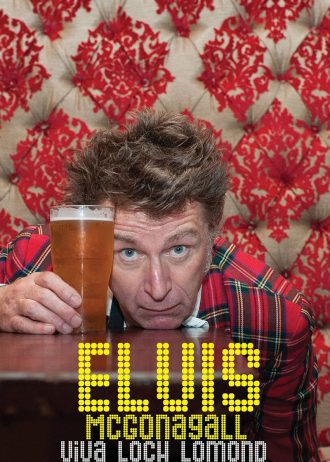 Viva Loch Lomond! is the first full length collection of poems published by the stand-up poet, comedian and broadcaster Elvis McGonagall. It features pieces from his hit Edinburgh Fringe Festival shows “One Man and His Doggerel” and “Countrybile” together with a number of greatest hits, B-sides and previously unpublished gems. Deftly witty, satirical but not afraid to be plain daft, Elvis McGonagall’s work takes aim at our septic isle of zero-hours contracts, food banks and Kirsty Allsopp cup-cakery and beyond. From Scottish independence to the “war on terror” via turbo-capitalist greed, from Blair and Bush to Dave and Boris via the death of Thatcher, from William Wallace’s taste for cheese to the Queen’s love of gangsta rap, Elvis kicks against the pricks and the injustices inherent in austerity Britain but still finds time to wax lyrical about the joys of whisky, Greek islands and the godforsaken rural idyll where he currently abides. His tightly written quick-fire verse, shot through with his customary moral umbrage and rhetorical power, is here annotated with his own irreverent explanatory notes highlighting the workings of his befuddled mind as he scribbled these poems from the dubious comfort of his revolting armchair at the Graceland Caravan Park. The book also features fabulous illustrations from the acclaimed artist Tony Kerins. And a poem about Vincent Van Gogh’s left ear. 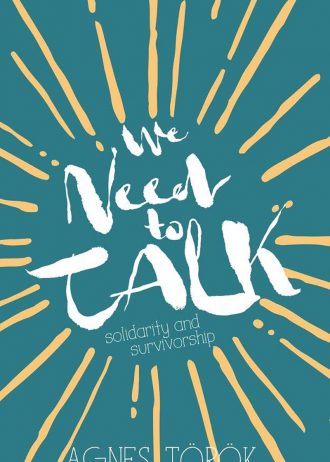 We Need to Talk

We Need to Talk is a poetry collection on sexual violence, survivorship and solidarity. On gender-based violence and genuine social change. On things that are hushed and need to be spoken of with empathy – and fact-checking. Poet Agnes Török writes honestly and courageously about lived experience and statistical societal structure, inviting the reader to reflect and join in the conversation on how to end gender-based violence. With sections speaking directly to victims and survivors, and directly to friends and family of survivors, We Need To Talk is an empathic engagement with an experience shared by 1 in 3 women, 1 in 2 trans and non-binary people and, 1 in 5 men – sexual violence. We Need to Talk is a manifesto. A call to arms. A boiling down of statistics into the long-term effects on real people. And a roadmap for how we get out of this mess. Török speaks about the issues each of us needs to be involved in understanding and solving. The economics and politics that lead to violence becoming “normal”. The online climate in which gender-based violence becomes recreated and amplified. And the logic by which most of us personally know a victim of sexual assault or abuse, but few of us will believe we know any perpetrators. Aside from Török’s award-winning poetry, the collection also includes writing exercises for survivors of gender-based violence and their friends and family. Because making art is part of speaking. And We Need To Talk.