View basket “Samuel Taylor Coleridge: Selected Poems (Poet to Poet)” has been added to your basket. 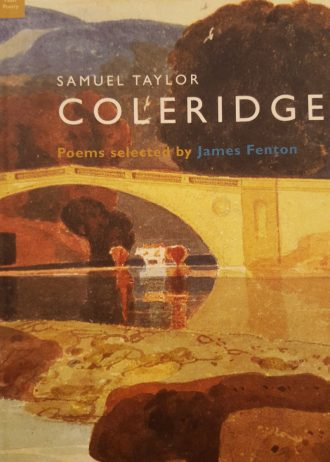 In this series, a contemporary poet selects and introduces a poet of the past. By their choice of poems and by the personal and critical reactions they express in their prefaces, the editors offer insights into their own work as well as providing an accessible and passionate introduction to the most important poets in our literature.

Samuel Taylor Coleridge (1772-1834) was born in Ottery St Mary, Devon, the youngest son of a clergyman. He was educated at Christ’s Hospital School, London where he began his friendship with Charles Lamb, and Jesus College, Cambridge. He first met Dorothy and William Wordsworth in 1797 and a close association developed between them, issuing in their groundbreaking joint-publication, Lyrical Ballads, in 1799. Coleridge subsequently settled in the Lake District, and thereafter in London, where he lectured on Shakespeare and published his literary and philosophical theories in the Biographia Literaria (1817). He died in 1834 having overseen a final edition of his Poetical Works. As poet, philosopher and critic, Coleridge stands as one of the seminal figures of his time.