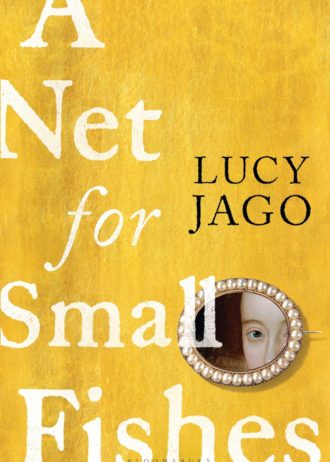 A Net for Small Fishes

Frances Howard has beauty and a powerful family – and is the most unhappy creature in the world.

Anne Turner has wit and talent – but no stage on which to display them. Little stands between her and the abyss of destitution.

When these two very different women meet in the strangest of circumstances, a powerful friendship is sparked. Frankie sweeps Anne into a world of splendour that exceeds all she imagined: a Court whose foreign king is a stranger to his own subjects; where ancient families fight for power, and where the sovereign’s favourite may rise and rise – so long as he remains in favour.

With the marriage of their talents, Anne and Frankie enter this extravagant, savage hunting ground, seeking a little happiness for themselves. But as they gain notice, they also gain enemies; what began as a search for love and safety leads to desperate acts that could cost them everything.

Based on the true scandal that rocked the court of James I, A Net for Small Fishes is the most gripping novel you’ll read this year: an exhilarating dive into the pitch-dark waters of the Jacobean court.