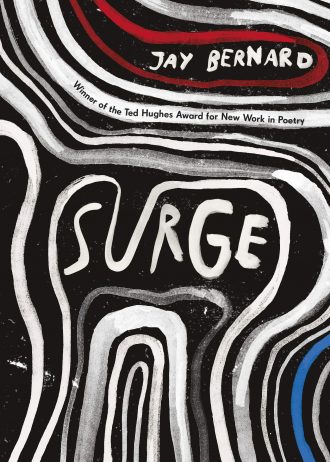 Jay Bernard’s extraordinary debut is a fearless exploration of the New Cross Fire of 1981, a house fire at a birthday party in which thirteen young black people were killed.

Dubbed the ‘New Cross Massacre’, the fire was initially believed to be a racist attack, and the indifference with which the tragedy was met by the state triggered a new era of race relations in Britain.

Tracing a line from New Cross to the ‘towers of blood’ of the Grenfell fire, this urgent collection speaks with, in and of the voices of the past, brought back by the incantation of dancehall rhythms and the music of Jamaican patois, to form a living presence in the absence of justice.

A ground-breaking work of excavation, memory and activism – both political and personal, witness and documentary – Surge shines a much-needed light on an unacknowledged chapter in British history, one that powerfully resonates in our present moment.