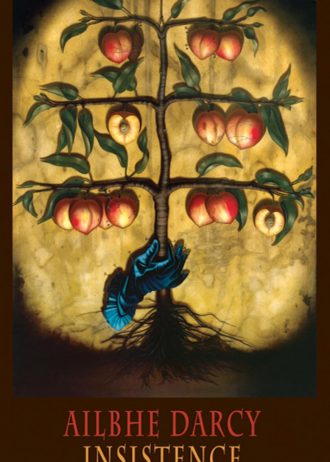 A new child should mean new hope. But what if that’s no longer so? Ailbhe Darcy’s second collection unfolds in an intimate world, in which the words home and love dominate. But the private world is threatened by a public one. Written in the American Rust Belt, in an era of climate change and upheaval, Insistence takes stock of the parent’s responsibility to her child, the poet’s responsibility to the reader, and the vulnerability of the person in the face of global crisis. In a long poem, Darcy revisits Inger Christensen’s 1981 Alphabet, a work which expresses the heart-sickening persistence and proliferation of beauty after Hiroshima. In Darcy’s ‘Alphabet’, the spiralling form takes over, insisting on hope. But this is a doubtful sort of hope: hope for life on earth, not necessarily human life. Stink bugs work their way across America, cockroaches waltz, and quixotically-named mushrooms rise from the earth in this flirtatious but volatile collection. Described by David Wheatley as `boldly overhauling the received categories of the Irish poem’ with ‘cunning and humour’, Ailbhe Darcy’s poems interrogate cosmopolitanism as much as they do rootedness, love as much as grief.