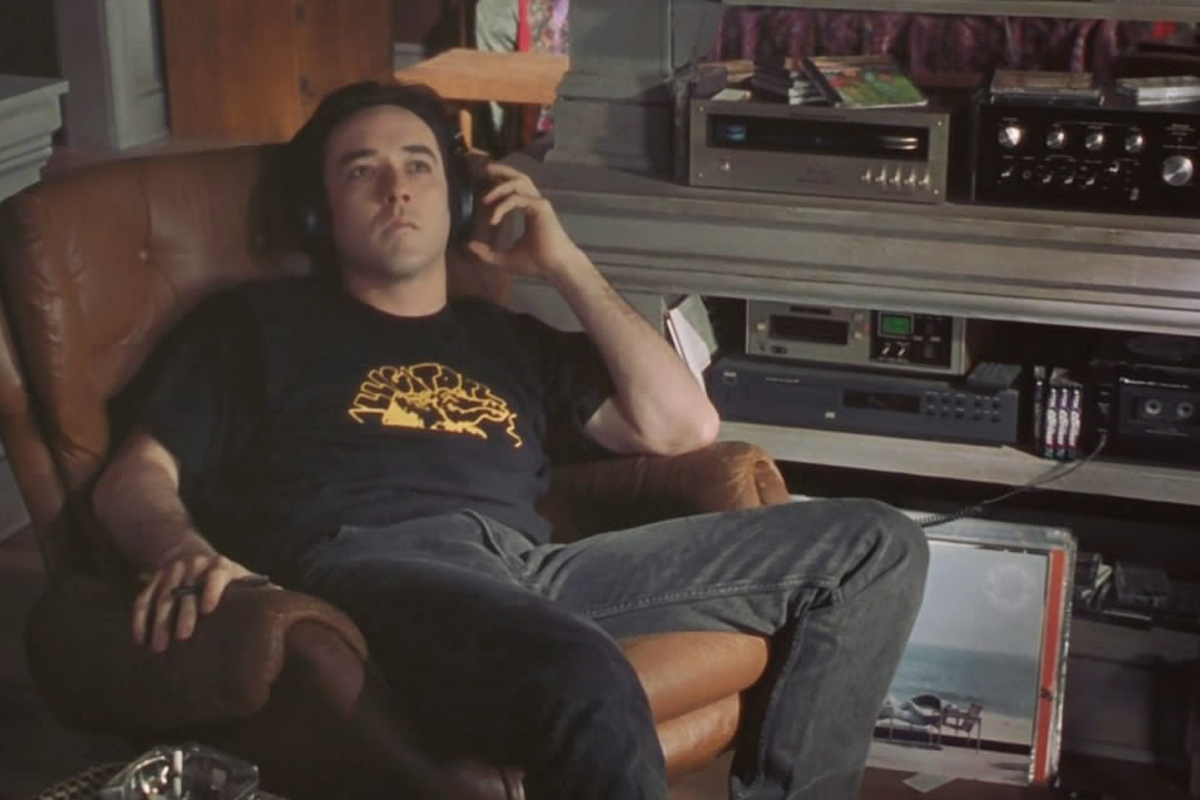 John Cusack stars in this insightful romantic comedy about a thirty-something record-store owner who can’t quite figure out why his love life is such a disaster. Rob Gordon (John Cusack) and his two employees, Dick (Todd Louiso) and Barry (Jack Black), are true pop music zealots, consumed by the music scene and determined to sell music in its most pristine form — on vinyl. Their collective encyclopedic knowledge of music is of little use, however, when Rob’s latest girlfriend (Iben Hjejle) walks out on him — as have so many others before her. Afraid of commitment and clinging desperately to an extended adolescence, Rob muses over all his past relationships and finds his romantic and musical passions inextricably linked together. Does he listen to pop music because he’s miserable? Or is he miserable because he listens to pop music? And can he finally break his record streak of doomed romances and sustain a mature adult relationship with the woman he loves?