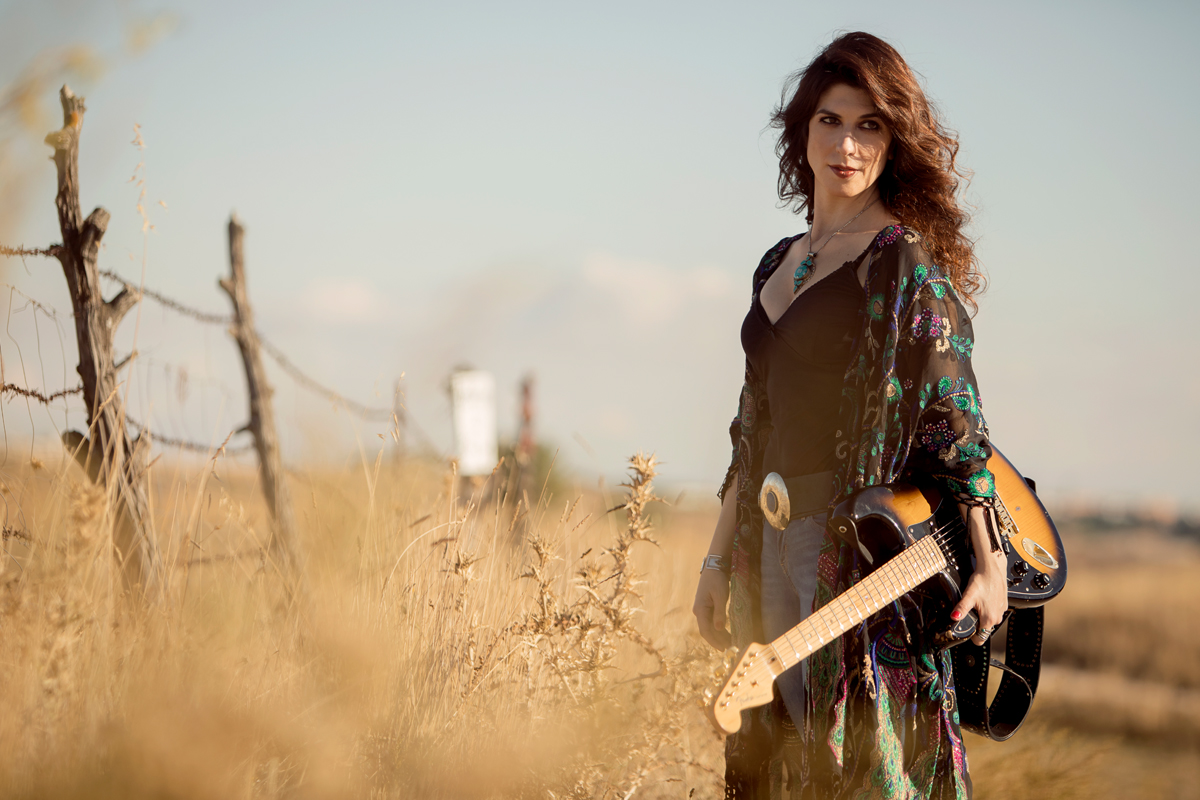 Susan Santos’s outstanding voice and appealing guitar style, along with her strong stage presence is very refreshing in the contemporary blues scene. Blues-rock of the 21st Century.

Susan won The Best Musician Performance 2018 in the European Blues Awards. In 2019 she has been nominated for Texas Sounds Music Awards.

A great passion for the music led Susan Santos to learn, in a self- taught way, how to play guitar and sing. Step by step the lefty guitarist and singer was creating her own songs and her particular style of understanding the music.

After several bands, she moved to Madrid in 2009 and formed a band with her own name. This is her more powerful project, a power trio that mixes blues and rock and American roots music.

Susan has had intense years of performing in famous clubs and at numerous festivals around Europe, USA & Mexico.