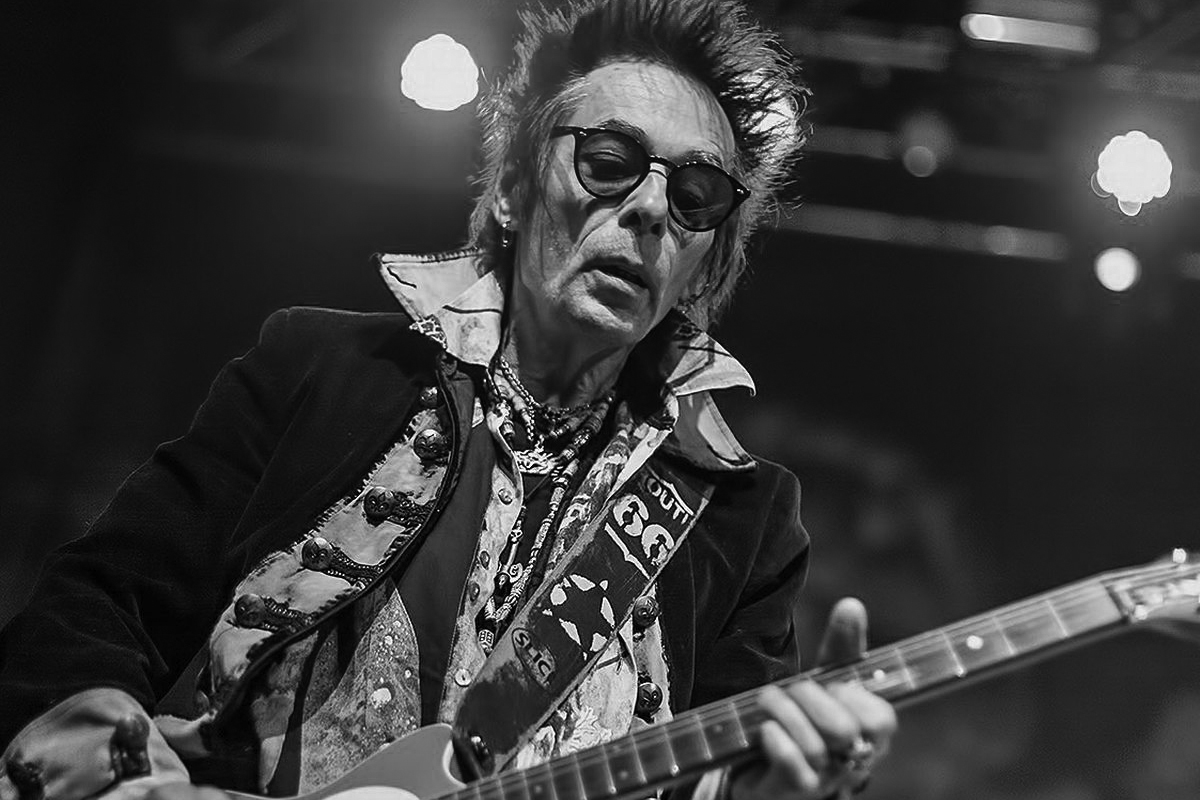 An afternoon with Earl Slick, as the guitar legend talks about his famous collaborations and working relationships with Bowie, John Lennon, Eric Clapton and Robert Smith.

Brooklyn-born Slick was a long-time guitarist with David Bowie, and the collaboration commenced on the 1974 Diamond Dogs tour, before Slick went on to play with Bowie on Young Americans, Station to Station, Serious Moonlight, Bowie and Mick Jagger’s Dancing In The Streets cover, Heathen, Reality, The Next Day and others.

Slick also worked alongside John Lennon and Yoko Ono on the chart-topping Double Fantasy. After Lennon’s death in 1980, Slick returned to the studio with Yoko Ono, and appeared on her highest-charting solo release, 1981s Season of Glass, produced by Phil Spector. Slick’s guitar work would also appear on the posthumously released compilation of Lennon leftovers, 1984s Milk and Honey, as well as CD box sets for both Yoko Ono, Onobox, and John Lennon, 1998s Anthology. Earl teamed up with Bowie again for the release of Heathen in 2002.

Slicky Speaks presents a great opportunity to get up close and personal in our intimate venue with a man whose guitar licks and riffs have appeared on some of the most-loved recordings in music history. There will also be the opportunity to ask questions about his career, grab an autograph and have your photograph taken alongside Earl Slick.